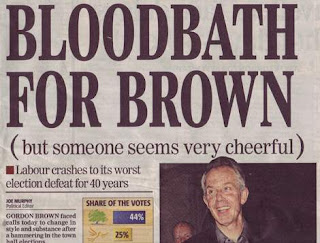 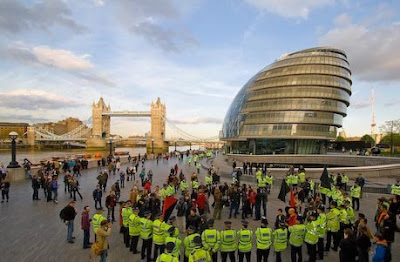 UPDATE: It's 7.30pm. Still no result, but a strong presumption that Boris will triumph. Since it's on my doorstep, I nipped down to poke around. I just took this shot of a tiny Anarchist demo in front of City Hall. I chatted with a grungy anarchist from Sweden, but his thinking conformed to liberal/socialist/anarcho sterotype: little verbal tricks trotted out instead of thought. Honestly, there should be no representation without taxation and no right to vote for childless under 25's either (military excepted).
UPDATE:  Boris has won!