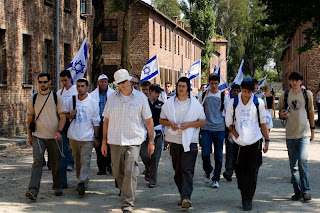 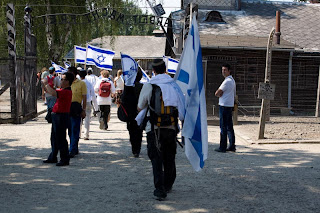 I took these shots a few weeks ago. "ARBEIT MACHT FREI" ("work makes free") is the sign above the entrance to Auschwitz.

As a message from Islam then to Islam now I was interested to learn that : Adolf Eichmann`s deputy Dieter Wisliceny testified during his war crimes trial in 1946 that ... "The [Palestinian Grand] Mufti [of Jerusalem] was one of the initiators of the systematic extermination of European Jewry and had been a collaborator and adviser of Eichmann and Himmler in the execution of this plan... He was one of Eichmann’s best friends and had constantly incited him to accelerate the extermination measures. I heard him say, accompanied by Eichmann, he had visited incognito the gas chambers of Auschwitz."
No comments: