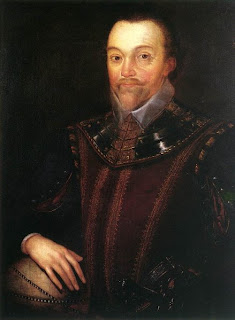 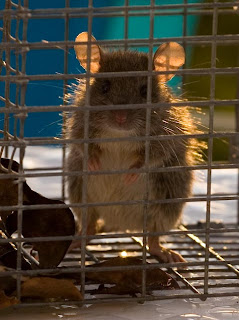 Last week we were in St John's, US Virgin Islands. Our rented villa in the jungle was stormed by the gentleman on the left. Crazed by the smell of food left on the kitchen counter by the previous guests, this tree rat gnawed umpteen holes in the wire mesh over all the windows and 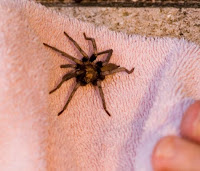 tried to gnaw his way through the glass. He succeeded one night by scaling a vertical, holdless wall to an upper window. I trapped him the next night and released him a couple of miles away down the mountain. (I'll pass over my tarantula catching exploits as you may not believe me).

The aggression and fearlessness of this rat so impressed us that we named him Francis Drake after the English hero and scallywag who had terrorised the Spanish Main from his base nearby.

What a life! born a nobody, commanded the second voyage around the world, thrashed the world's major military power all over the globe, contemporary of Shakespeare, died on the attack.

Note: In fact Francis Drake was the first man to command a voyage round the world as Magellan died en route.
No comments: