An actor and a theatre major

Paul Scofield died. I saw him in King Lear and the film of that production is beyond price. It is modest, transparent and to the point, high praise for a treatment of such a text. Similar theatrical virtues were practised in Nicol Williamson's Hamlet. Both are available on DVD through Amazon UK and/or US. 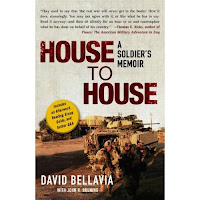 Last night I watched a spellbinding talk about his book, House to House,  by former Staff Sergeant, former theatre major, David Bellavia. The book describes the US assault on Fallujah. It's not a cheap shot to require that the Commander-In-Chief be not unworthy of such men.
No comments: