Correlation is not causation, but..

Correlation is not causation, but we must conclude that generous, sane people tend to be conservative.
No comments:

"Fed Official’s Remarks Send Stocks Soaring"
But there was one exception:

“The American feminist movement has not taken one stand to support the women of Iraq, the women of Afghanistan, the women of Iran,” she said. “It is the United States Marines who have been doing the feminist work by liberating women and children around the world.” Tammy Bruce
No comments: 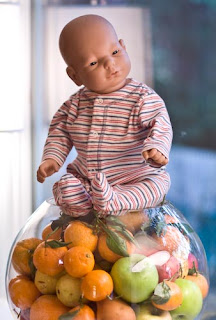 Our house in NJ is full of Thanksgiving visitors - dogs, children, adults and Spencer. Spencer is a computer-driven plastic thing which acts like a baby at pre-programmed hours of night and day. He or she is the creature of a young lady niece who tends to Spencer's needs for the sake of a high school grade in Homuncular Biology or something. I think Spencer is creepier than cuddly and watching Spencer getting serviced is like watching a witch's rite. Uneasiness with Spencer correlates to age in our family. The younger females speak of this gremlin as tho he were a real child. Eeeek!
No comments:

I guess I'll see you in another lifetime

'Birth' is an underrated movie. It's both intimate and detached. Some scenes (the opening run thru wintry Central Park, the 'Valkyrie' Prelude scene, the heartbreaking beach scene to close) will become famous as the images sink in; such stuff as dreams are made on.
No comments:

Asked if he sees a U.S. war on Iran coming, the retired U.S. general said although no American official will say the option was "off the table," he did not see prospects of a military conflict.

There is no base of support among Americans for such an action, Powell said, adding that the U.S. military already has enough on its hands in Iraq and Afghanistan.

I say Powell is wrong on all counts, but suppose he's right, then here's what he's telling Iran:

The US President is bluffing. Go ahead and call him.

The US President is bluffing. He can't stop Iran. You'd better find your own deterrent. 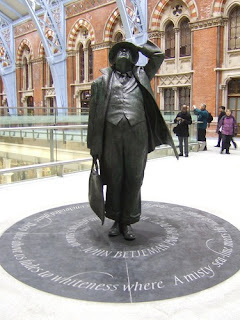 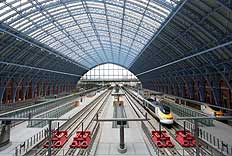 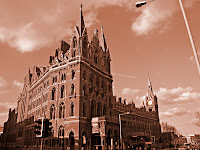 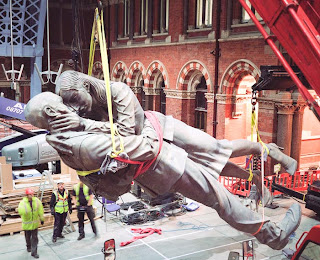 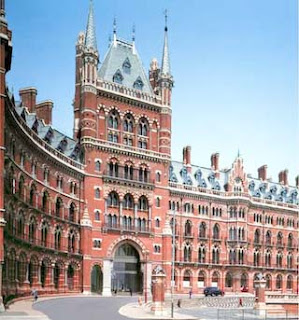 If you want peace, prepare for war

Iran has installed 3,000 centrifuges for enriching uranium - enough to begin industrial-scale production of nuclear fuel and build a warhead within a year, the UN's nuclear watchdog reported last night.

It's past time to hit Iranian nuclear facilities, air defences and air force. I think that Mick and Dave doubt that Bush will do it as he's a man of principle and won't start something that he won't be in office to see thru, but I guess that Bush's principles will lead him to strike Iran. It's risky, but less so than not hitting Iran in good time, as below:
Risk 1:  Iran gets nukes or just the practical knowhow or just the credible threat of having a nuke.
Risk 2: Bush defers the decision and his successor is an appeaser.
Risk 3: America's word carries no weight. That will invite horrors in future.
Risk 4: Iran's blatant acts of war against America in Iraq and terrorism against the world find no retribution, another come-on to horrors in future.
Risk 5: A deferred decision loses the moment when Brown's and Sarkozy's mood music is supportive and gives time to Russia, China, Iran, the IAEA, the Democrat Party and the MSM to frame a narrative starring America as the Big Bad Wolf and Iran as Little Red Riding Hood.
No comments: 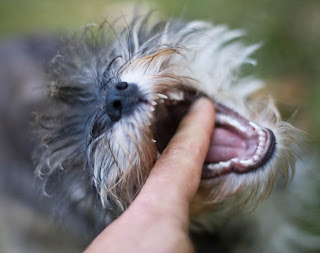 My wife overrode me and paid $1,000 for this schnauzer, Trixie, now 4 months old. Here I'm training her to bite my wife on the nose. They say that puppies are baby substitutes. Trixie's so cute, I'd say it's the other way round.
No comments:

We were walking in the heart of America the other day (to Spooky Canyon near Escalante, Utah), when the proprietor of Uncorrelated.com asked me, 'So why are oil prices so high?' This is why:

On the back of sky-high minerals prices and record profits of $17bn a year, BHP is on a roll. "I'm not saying the sector is immune to the business cycle," Kloppers said recently, "but a seminal event is happening in the world: two billion people are entering the industrial age. It's like rebuilding Europe after the Second World War but on an even bigger scale."

(Kloppers is an ex-colleague from Billiton. Now he's the new CEO of the biggest mining company and has just launched what looks like the biggest takeover in history by approaching RTZ).

I'm an Americaphile, but here's what I sense:

The Moving Finger writes; and, having writ,
Moves on: nor all thy Piety nor Wit
Shall lure it back to cancel half a Line,
Nor all thy Tears wash out a Word of it.

The USA has gone ex-growth.....intellectually, spiritually, economically. It is super-affluent and lacks the stimulus of creative immigration. War, serious war, may re-invigorate America, but war may not be a happier state than stupor. Nor China, nor India, nor Europe has replaced America, but America's psychological dominance is waning. Interesting times.
No comments: 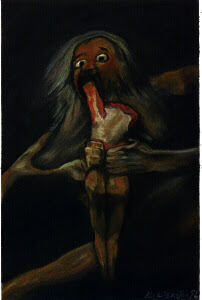 Mick mused on marriage, children, grandchildren and continuity. My story is less virtuous and so are my intentions. I write from the perspective of a grandfather and father of a herd of beautiful girls. I mean to start a political party with the sole policy of exploiting our children. We'll do it by borrowing trillions of dollars to buy votes from identity groups, provide ourselves with healthcare, pay the crowded retinues of perfumed senators, refurbish the UN, and all the other good works to promote the interests of self-important parasites and entitlement junkies. And this is the great part....we'll get all this bounty from the full faith and credit of our children and grandchildren. So what if it's immoral, they'll learn from us to do the same in turn. Wait. You say it's US policy already? It's just called something else? Damn!
No comments:

Time to get up

Escalante, Utah.
Yesterday I arrived here at the western end of a journey from The Red Sea to London to New Jersey to Salt Lake City to Escalante. In about an hour at 5am I'll drive an hour south to Bryce Canyon to shoot the dawn. I've been a few times, but it's a first for my brother-in-law. As well as the time-zone changes in this journey over 2 weeks, there were distinct "fall backward" time adjustments in London and Utah. Whisky fortunately sooths my skittering internal clock.
UPDATE: 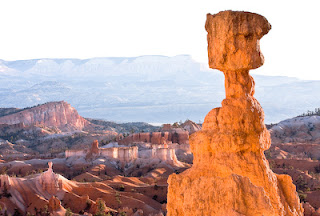