Much praised movie about a pregnant 16yo who arranges to give her baby up for adoption.

- Well shot.
- Anti abortion demonstrator was a mockable caricature and that's a cop-out and cheap. Those who think that the feelings of the mother are more important than the life of the baby are immature at a deep level and that is the premise of the movie. It's like prioritising the feelings of the guards in an extermination camp.
- Jason Bateman husband character was badly written and pathetic.
- Letter device (withholding the text till the end) is a cliche and saves the trouble of tight plotting.
- Both the boy and the girl leads become annoying quickly.

The movie would have been better either darker and deeper or more consistently fluffy.

The happy ending of a mother and father giving away their baby then making music on his stoop is sick, the more so because the gift is made to a single woman.

A feelgood movie for children of an infantile culture.

ah yes, the Adams moral high ground, in art as in life. the pro-life argument will not be advanced by the likes of you, e.g. likening conflicted young single mothers--who are on the cusp of choosing life--to Nazi death camp guards; but rather by the likes of arguments made in Juno that eschew your brand of absolutism for a more effective and subtle kind of persuasion. if the point is to move the agenda forward and to save more lives, then Juno helps. your point, however, seems to be that how they're saved is as important as whether they're saved--that a rigorous adherence to some ontology about unborn life is more important that saving actual lives. in this case, pro-life Americans should vote for Huckabee because he's more consistently and convincingly pro-life despite the fact his candidacy would fail and thereby facilitate the pro-choice agenda. this, as well as your critique, is short-sighted and counter productive.

and I reply back -

In real life the thing that matters is the baby, not because it has finger-nails but because humans have duties founded on more general principles.

In the days when Life demonstrators were seen as religious idiots (as in Juno) they were the moral grown-ups despised by the moral retards who see themselves as sophisticated, knowing and humane.

Abortion is a real holocaust but on a bigger scale with even more vulnerable victims, but my comment as written referred to the movie's priorities. I myself was willing to go along with an abortion and I was a sophisticated moral retard, but not a sadistic guard.

Otherwise you project standard liberal arguments about the motivation of your opponents, arguments which exist to validate liberal psychology rather than discuss ideas.

I suppose the absurdities of British society such as ambulances used as waiting rooms to avoid messing up A & E statistics or the Archdhimmi of Canterbury advocating Sharia Law colour Americans' view of my country. Well, there's another side which keeps us sane - delight in absurdity and the language to give humour wings. This clip of Shadow Foreign Secretary, William Hague, describing a Tony Blair Presidency and Gordon Brown's anguish is vintage House of Commons. On Hague's right is David Cameron, who will probably be Prime Minister within 3 years. Opposite Hague, giggling at the image of his boss, the present PM, forced to assent to Blair's ascent to the top of the EU after more than 10 years scheming to get Blair to get out of his way, is the young UK Foreign Minister, David Miliband, a possible future PM. 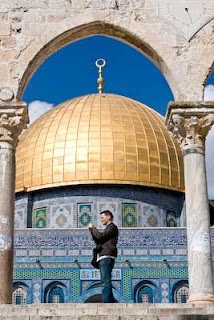 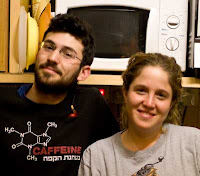 This isn't good for my soul

Super Tuesday came and went. I shall now regress into an angry old white man.

An accent to my regret is that as a Briton seeing my own country decay, I had hope for an honourable republic of the mind in America, the country of my youngest children.

Well, that, and I had a packet riding on Romney.

Time for a journey...
No comments:

First, demography is poised to destroy conservatism in a devastating triple threat. The baby boomers will start retiring, and will probably shift a little to the left in the process. Second, Mexican immigrants will most likely end up being pretty leftist. Finally, years of liberals running their own private indoctrination camps through the American education system have finally taken their toll and are churning out reliably liberal kids who will inevitably come of age. Not enough of them are conservatives and not enough of them will be mugged by reality to convert to conservatism. It is ultimately these three factors that threaten to sink conservatism for at least a couple decades.

1. Romney might yet get momentum tonight.
2. Win or lose, Romney will start stronger in 2012..better known himself + known consequences of late endorsement by natural allies.
3. The best hope for conservatism may in fact be 4 years of Dem charlatan as President. Reagan and Thatcher were mandated by the absurdities of the previous administrations.
4. Conservatism has this gong for it: it's right...right pragmatically and right idealistically.
No comments:

Mitt's caricature [...] is that he's an insipid technocrat Ken doll propped up by a lavishly funded campaign.

Romney was great: commanding, articulate, assured, a superb communicator. I've never seen anyone better, either in business or in politics......If every voter spent a half hour in a small group with Romney, he would win the election in a landslide. Unfortunately, virtually all voters will get to know him only through television, where he is least effective.

As I write this I'm crossing my fingers, toes and eyes, but chances are we're going to get a clown for President. McCain is a cunning moron, Billary are beyond parody, nakedly corrupt, and Obama is a triumph of appearance over substance. 'The audacity of hope' is junk food for the soul. Mick's right, Obama is only credible because he's sort of black. You can see it now, the buyers' remorse as after the event America registers that it's stuck with a charlatan for 4 years instead of a real man (and the admirable Ann Romney).

This could work out fine in the bigger scheme. Thatcher and Reagan derived their mandates from the absurdities of the preceding administration. In or out of office Romney will become better appreciated over the next 4 years. Either way, Romney 2012!

PS Where in tarnation is Fred Thompson at this hour ? It's his duty, his duty, to endorse the candidate who best represents his, Fred's, beliefs. As the Father of Anglo-American conservatism is said to have said:

The only thing necessary for the triumph of evil is for good men to do nothing.

At least the Clintons know when they lie