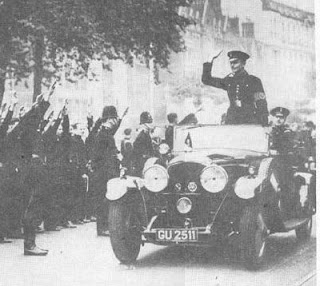 The delight of the Eliot Spitzer story was seeing a Malvolioesque hypocrite get his comeuppance. The actual sex was banal as far as we know, lacking the absurd details that take the farce to another plane. British politicians have little quirks like toe-sucking or wearing a Chelsea soccer shirt - apologies if these are standard practices in northern Utah, no offence.

But, lo.. there comes a sex scandal worthy of the highest comic imagination. South Park, eat your heart out. It's this (do not open at work!)...