Some things I've learnt about the failed NYC bombing

1. There's a VIN on a car's engine as well as the dashboard. I knew that, but the bomber didn't. The next bomber will.

2. A young, male, recently naturalised, Pakistani who has just spent 5 months in Pakistan, isn't on a watch list.

3. Altho he'd been ID'd and was being sought, he was able to board a plane to Dubai at the main airport, JFK, of the very city he'd tried to bomb.

He was hauled off a plane in the nick of time as it was about to fly to the Middle East. CBS 2 obtained air traffic control recording intended to stop the pilots from taking off. The controller alerts pilots to "immediately" return to the gate.

In the end, it was secret Army intelligence planes that did him in. Armed with his cell phone number, they circled the skies over the New York area, intercepting a call to Emirates Airlines reservations, before scrambling to catch him at John F. Kennedy International Airport.

Update - this page is now removed. Maybe the Administration reads this blog.

5. Mayor Bloomberg's initial suggestion was that the terrorist might be someone disaffected by Obamacare. The rest of the liberal nomenklatura were probably rooting for the same wish-fulfillment.

6. Mayor Bloomberg warns against threats against Muslims in the face of threats from nobody.

7. President Obama says he will not rest to defend America against terrorism. Barack Obama's political career was launched at the home of his friend Bill Ayers, the notorious unrepentent terrorist co-founder of the Weathermen. The Weathermen are not affiliated with the tea-party movement. What's the phrase? Oh, yes, Obama was "palling around with terrorists". You might even call them a "death panel". Now this guy is President of America, defending my children.

Senior administration officials say that Faisal Shahzad was put on the no fly list on Monday at 12:30 pm ET.

So how was he able to board the Emirates Airlines flight to Dubai?

“It takes a few hours for the airlines system to catch up,” a senior administration official tells ABC news.

Another senior administration official adds that Emirates refreshes their system to update with US intelligence information periodically – but not frequently.


Hold on, pardner. Even were it true that the proper function of the bureaucracy is to deflect responsibility for catching terrorists to airlines, there's no way to get on an international flight at JFK without showing your passport and boarding pass to the Department of Homeland Security.

this self-congratulatory Administration will "keep it's foot on the throat of BP". It's like dealing with whiny children when the house is on fire. It may be noteworthy that the Obamans are demonizing BP = British Petroleum, but low-profile or silent about Transocean, the rig operator, and Cameron, which made the blow-out preventer which critically failed. Still it could have been worse. BP might have been jewish-ish like Goldman Sachs.

The Dept of "The Buck Stops Here" - Not is busy right now what with blaming Emirates Airline for the NYC terrorist's near escape. Where does a hyperpower find adult supervision when its electorate makes infantile choices?
No comments:

The BBC is rotten with smug assholes like this:

There's a General Election here tomorrow. For me the best outcome would be for UKIP, the UK Independence Party, to do well enough to get the faux-conservative, Cameron, sacked from the Conservative Party leadership. In fact Cameron will likely be Prime Minister 2 days from now, a true triumph of Cultural Marxism, when supposed conservatives take liberal ideology as a given. But I still voted Conservative, dammit:

Undulating up. Roll up! Roll up! 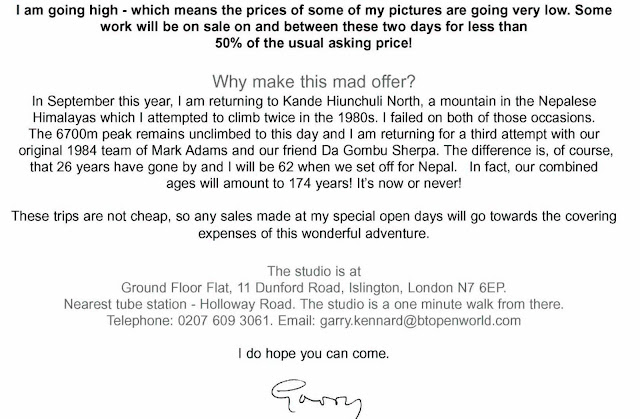 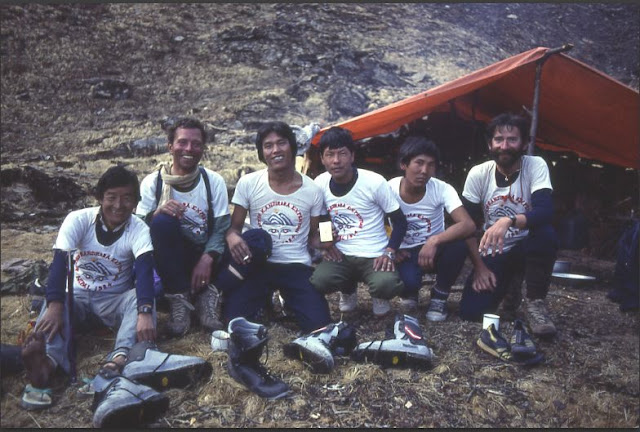 Garry, right; Gombu next to Garry; me 2nd left. One of Gombu's classic sayings to describe an excruciating path up a mountain is "undulating up".
No comments: