We quite often see famous people in my part of London. I've snapped David Blaine, Mike Myers (Austin Powers), Cameron Diaz and others. One evening I left my apartment to be confronted by packed-up plain-clothes guarding the Clintons and Blairs who were dining across the street when the men were both in power. I'm usually blasé about celebrities unless it's Margaret Thatcher. I'm forever in mourning that I wasn't Shakespeare's contemporary and amanuensis. He lived, wrote and acted in these parts. But the news that Clint Eastwood was rumoured to be shooting in the area sent a thrill up my leg. He's been filming at Elephant and Castle, London, SE1, next to where I play football. I wasn't around but here's a couple of shots I found: 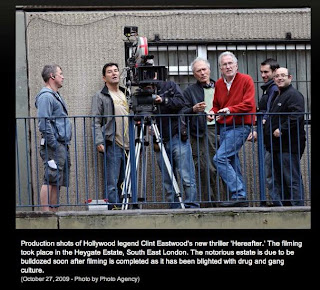 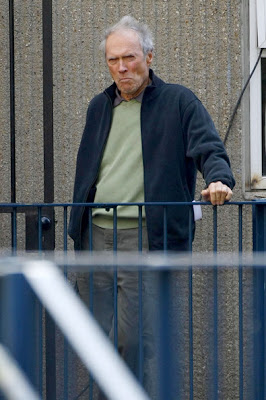 I wonder if Clint knows that he was shooting on the ground where Charlie Chaplin grew up. I have a lead that he'll be a couple of minutes from my apartment in a few days. If I can shoot him with my 300mm it will make my day! Woohoo!
No comments:

Englewood, NJ, is one of the most copacetic suburbs I know. If Christie beats Corzine in a couple of weeks then northern New Jersey may be flooded with boat people from NYC, fleeing Big Tax. The NJ coastguard will be rescuing raft people from the West River and returning them weeping to the West Side Highway where Bloomberg and Paterson will be waiting with greedy grins.

The guy in the striped shorts is a star, but Poncho Lady at 2.20 has a smile from Central Casting in the sky. 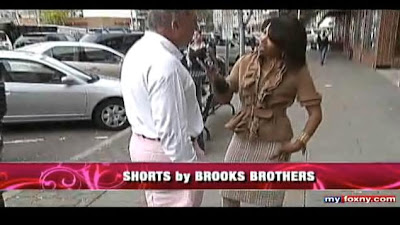 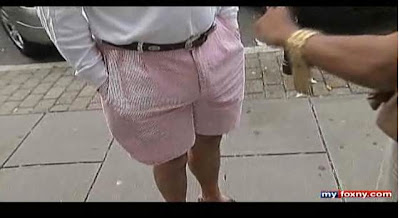 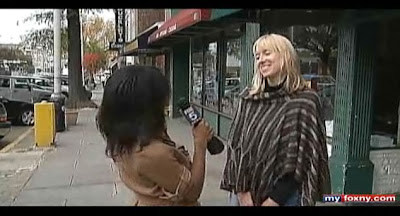 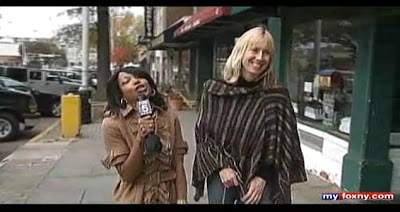 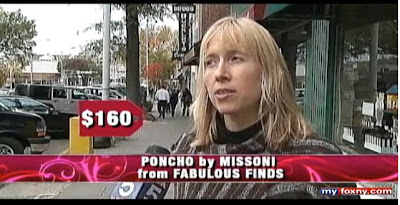 "Libtard" is a euphemism

The headline in Reuters is:

U.S. healthcare system wastes up to $800 billion a year

WASHINGTON (Reuters) – The U.S. healthcare system is just as wasteful as President Barack Obama says it is, and proposed reforms could be paid for by fixing some of the most obvious inefficiencies, preventing mistakes and fighting fraud, according to a Thomson Reuters report released on Monday.

Ok, pass over the artificial, incestuous foundation of this specimen of government propaganda. Take it at face value; only community organizers and journalists would see waste elimination as an argument for new spending. Waste is what you eliminate, spending other people's money is what you have to justify. Duh.

The "study" omits how much of the waste arises from government healthcare now. So let's decide on a show of hands....Lots?..... I see a sea of hands. So the libtards argue that the answer to a chronically wasteful system is to giantize that system. "Retards", I don't think so. "Fuckwits", is the working term. In truth that's too kind. It's not only fuckwittedness that's driving Obama (tho that does apply to most of his voters), it's a wish to tear America down and re-build it in a way that elites and victim groups can boss productive individuals.
No comments:

What was Sarkozy's mistake?

"There is room for the two of us," he said, expecting his enthusiastic embrace of American values, which carries political risks at home, to pay dividends in Washington.

Let's do a quick check on how America's relations with the world have improved since Obama:

France - Ignored. Ignored! You may dislike a Frog, but you may not ignore him. Amour propre and all that; Obama should understand. Hear what the French say about US policy towards Iran:

UK - Special relationship no more. Churchill bust returned immediately. DVD of Hollywood movies doesn't work. British military heroism in Afghanistan counts the same as that of US military heroism in the Administration's reckoning. That may not be a good thing.

Czech Republic, Poland - Small far away countries of which we know little. Call them at midnight to abandon land-based missile defence.

Flyover America - Far away country of which we know little.

Italy - Run by a bogeyman. Don't shake his hand.

Israel - Yes, Israel. We need to talk about Israel.

Ok, I'm being flippant, but truth is flippanter than fiction. The flipped finger, the smirk, the absent handshakes, the body language, the insulting gifts...all the graceless details point the same way; the longer a country has been allied to the USA, the less the Obamans like that country.

But look on the bright side. The USA is much, much closer to Ghadaffy, Chavez, Castro, the 12th Imamists in Iran, the Sudanese terrorist government, the Nobel Peace Prize committee, the UN.

As Obama dithers about Afghanistan let me cite a finer Hamlet:

It is not nor it will not come to good.

-A narcissistic liar is President.
-The US military risk their lives under the command of a dithering political coward who empathizes with America's enemies.
-Corrupt elitists command the levers of power and can gerrymander elections, media coverage and corporate behaviour.

-The toxic nature of liberalism is apparent.
-What is left of America's political immune system is at action stations.
-Polls are trending right.
-Obama's fairy dust has turned into buffoon dust. He's less feared than ridiculed.
-This is fun.

Would you risk your life on the say-so of this Commander-In-Chief?

The USA is represented by Obama and Clinton, the weakest, most appeasing American politicians in my lifetime. They betray America's allies, humiliate America to Russia and in return:

Nikolai Patrushev, the secretary of the Kremlin’s security council, said the new doctrine offers “different options to allow the use of nuclear weapons, depending on a certain situation and intentions of a would-be enemy. In critical national security situations, one should also not exclude a preventive nuclear strike against the aggressor.”

What’s more, Patrushev said, Russia is revising the rules for the employment of nukes to repel conventionally armed attackers, “not only in large-scale, but also in a regional and even a local war.”

Make them pay for breathing

Ryanair is the most successful airline in the world. Here's why:
No comments:

I'll keep this short. Maybe the crescendo of failures by Obama, topped by this very public humiliation by the IOC, calls for a script rewrite if he wants to avoid being a joke figure for the rest of his presidency. The obvious plot twist is to hit Iran. I don't think Obama has the guts to order the the USAF into battle alone, but he'd let Israel take most of the risk and try to claim some glory from a logistical support role for the USA.
No comments:

I'll refrain from joyful comment except for this I just read:

Obama thinks America sucks, and now the IOC agrees with him.