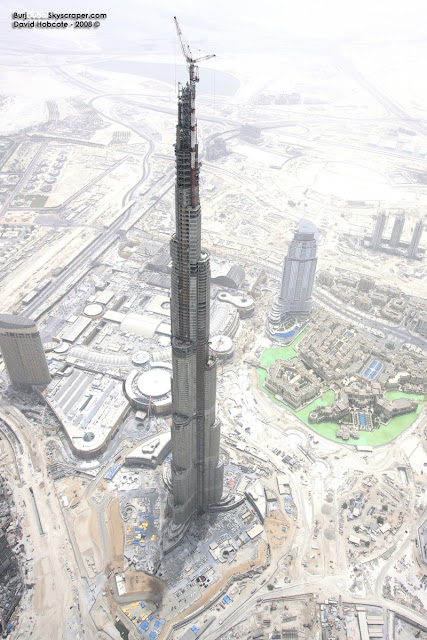 The Twin Towers (1368ft) were once the tallest buildings. Islamic terrorists destroyed them early in this decade. Today, near the decade's end, the Burj Dubai (2716ft) is opened. It's height equals the Twin Towers combined. The symbolism of height and global status is obvious, but unremarked in the West.


Burj Dubai is funded by high oil prices, paid by the West to the Arabs. Oil prices are high because Western governments have prevented domestic exploration and production. So there is less oil, more dependence on our enemies and more pollution in the world. The only practical response has been expansion of bio-fuel production at taxpayer expense; hence food shortages because of misallocated land. It's nice that liberals get to feel virtuous tho. Would that self-approval were an alternative energy source.

Burj Dubai, a finger in the sky.