Iceland
Publish at Scribd or explore others: 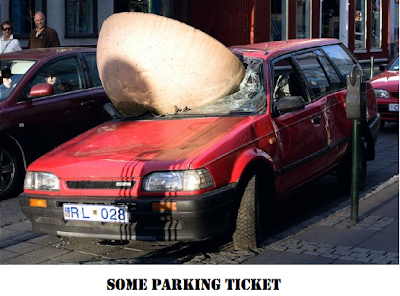 2. It prompts me to publish "What I Learnt In Iceland", doggerel dashed off on my first visit to Iceland in 2007:

Rhubarb's a stem and not a fruit,
Prunes and muesli make you toot,
But snorchestras will drown out wind.
Allegedly (I'm not convinced)
Box jellyfish aren't jellyfish and
Greenland is further east than Iceland.
A Minister of Elvish Matters
Defines the routes of roads and detours.
Dottirs and ssons of Irish slaves
Kill foxes, whales, whatever moves,
And there's a certain charm in grimness,
Tax evasion, drunken primness,
Strapping horses, strapping women.
Real men who smell of fish and semen.
Volcanic science,
Car-mangling giants,
Fire and ice,
I think it's nice.

3. I can link my gallery from Iceland. These days my edits aim for a less sharpened, more 'liquid' image surface than here.

4. I can promote the gallery service called Phanfare. It's free, handles full-screen slideshows, accepts music uploads and is ergonomic. It's hard to find this combo.

5. I can promote the great value trek I took with Sherpa Expeditions:Sherpa
Publish at Scribd or explore others:
No comments:

The deep reason that oil production has not peaked is that technology has not peaked. It's not just a matter of cutting edge techniques in applied geoscience or directional drilling or high pressure, high temperature operations. With experience costs can be cut dramatically with slimmer engineering and less 'gold-plating'. For example deepwater expro has much further to go, not least in the Western Hemisphere in both the US and non-US Gulf of Mexico and the Santos Basin off Brazil. As well as the giant Tupi and Jupiter finds, today comes news of another "very huge" result on an Exxon operated well. Add the untapped potential on the Alaskan North Slope, offshore California and offshore Florida. Then add the gargantuan shale oil deposits onshore the USA and Canada. Then add middle distillate synthesis of natural gas to very pure heating oil and kero. Natural gas is already available in giga-gargantuan quantities. It's a logistics play more than an an expro play.

Peak oil is a completely bogus argument for wrecking landscapes with windfarms and destroying the Amazon forest for corn-for-ethanol production. Of course by the time Exxon hits first production in Brazil, its many billions of annual corporation tax may be paid to the Swiss government rather than the USSA government. Does anybody on Planet Obama get it that oil exploration and production in the USA is stimulative? So is building nuclear power stations. When we're borrowing from our children for present spending, shouldn't the spending be on capital projects to benefit the economy which they will inherit, rather than bullshit boondoggles for teachers' unions, Acorn and the other jackal packs that make up the Democratic interest groups gorging on America for as long as China will lend more money?

Trivia: Where was the first discovery of a giant oil field? 'Giant' means > 500 million barrels. Answer - offshore NW Peru. How come? Because The geographic setting for much of the world's oil is the palaeo-deltas of giant river systems like the Mississippi, the Rhine, the Tigris/Euphrates and the Amazon. "The Proto-Amazon delta flowed westwards into the Pacific, before the Andean uplift in the late Tertiary." Stick that in your pipe and fractionate it.
No comments: