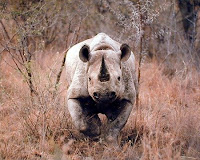 In Missouri McCain's gone from level with Obama to a 15 point lead in a month:

McCain will massacre Obama and liberals must be starting to get it, but it's too late. I feel their pain..exquisite.
No comments:

The Clintons are now campaigning for McCain:

Unless the Clintons have a secret weapon against Obama (four in a bed?), Hillary's doomed in 2008, so their only hope for 2012 is that Obama loses this time. Hence the cooing noises about McCain. I guess the Clintons' core constituencies now are middle aged white women, Hispanics and union members. Blacks, youth and elites swoon for Obama. The Clintonian voters could well be swayed to McCain and Bill's silky tongue may work magic for a more substantial candidate than his wife, making it respectable for a Democrat to vote McCain. The game then is to isolate Obama from middle America, red and blue, so that he's massacred in the general election and out of the running in 2012. Since Obama is fluff at best, I think it's likely he'll lose nearly every state as the nominee of a divided party. If the rest of the Democratic field in 2012 is as weak as 2008, Hillary stands a good chance of gaining the nomination after 4 more years of high profile Senate work probably co-operating with McCain.
No comments: