Fly me to the moon

The moon from our garden in NJ a couple of days ago: 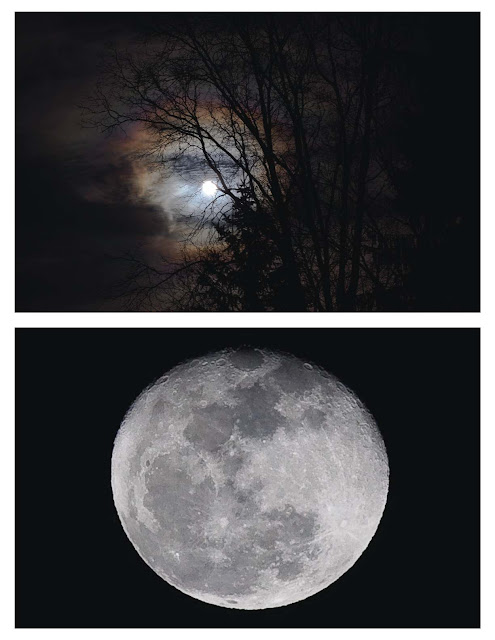 Finally, if we are to win the battle that is now going on around the world between freedom and tyranny, the dramatic achievements in space which occurred in recent weeks should have made clear to us all, as did the Sputnik in 1957, the impact of this adventure on the minds of men everywhere, who are attempting to make a determination of which road they should take.

A couple of years ago, my best friend Sean Langan was kidnapped by the Taliban while making a documentary for Channel 4 in Pakistan. During his three-month ordeal he was interrogated by his captors many times and he was often surprised by what they wanted him to confess to. One subject they kept returning to were the moon landings. They refused to believe that America had put men on the moon and, again and again, they tried to browbeat him into admitting that NASA’s programme of manned space flight had been an elaborate hoax.
Why did this matter to them? Sean’s theory is that the moon landings are clear evidence of the superiority of everything the Taliban are opposed to — of reason over revelation, of democracy over theocracy, of science over superstition. In its original conception, NASA’s Apollo Programme was supposed to be an advertisement for the superiority of America to the Soviet Union — a Cold War propaganda exercise — but in the eyes of these Islamist terrorists it also served to discredit America’s current enemies. Their response was to insist the moon landings hadn’t happened.
...
The Constellation Programme could have been all that and more. Yet Obama, in his wisdom, doesn’t see the point of it. To me, this encapsulates the difference between JFK and Obama. When it comes to putting men on the moon, JFK said, “Yes we can.” Obama, in yesterday’s budget proposal, said, “No we can’t.”