The GOP win in Massachusetts is worth a 'wow!' now, but in 2 weeks it'll be worth a 'wow,wow,wow!' Scott Brown can be the representative of the 'independent', ie decisive, American voter. The big drama isn't even 'health care', it's that Obama's authority is shot. Copenhagen, Copenhagen, Virginia, New Jersey, Masssachusetts. At this point he's an electoral liability. Moreover he can't get his nominees and he can't get his legislation and he's almost universally seen as weak on security. His mannerisms are all he's got and they look old. Even the MSM is edging away from him or contrasting his legislative nous with GW Bush who got plenty done without Obama's supermajority. Obama's past his shelf life after 1 year. Can he pivot like Clinton? Unlikely as he lacks Clinton's executive experience, comeback experience, common touch and raw intelligence. The best scenario is that he abdicates leadership to a much more conservative Congress post November 2010 and sits in the corner like an elderly relative who's lost his clout. More probably he'll wreak havoc with America's friends and embolden America's enemies over the next 3 years like Carter.

Oh well, at least let's enjoy these scoundrels twisting in the wind: 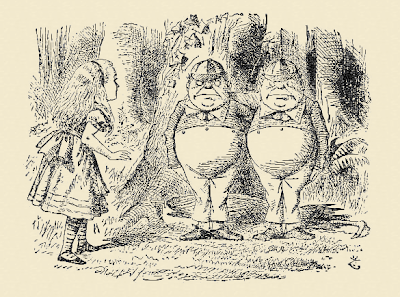