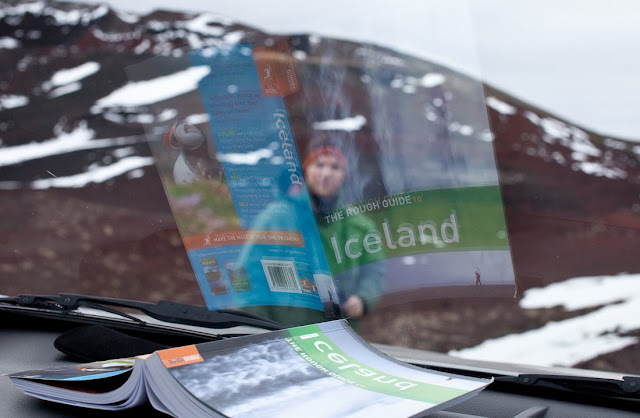 Alain and I had a great trip! Keflavik airport was shut by the wind swinging round to bring volcanic ash that way, so we were both routed via Glasgow to Akureyri in the north. This was much worse for him coming from Montreal, but Akureyri is a fine alternative to start from.

The big takeaway is that end April/ early May is a fantastic time to visit Iceland. The only negative is that the interior roads are impassable, but Iceland is almost all wild anyway and in 10 days we only scratched the surface. The place is empty,empty, empty. Many of my shots were just stopping the SUV in the middle of the road, turning off the engine, and bracing a long lens against the window frame. There was almost no traffic. We had wonderful locations like the basalt column cliffs of the Snaefells peninsula all to ourselves for hours on end. The light was much more than ample with 16 hour days and long twilights. There's also a chance of A. Borealis in April as shot by someone over the volcanic eruption. We didn't need to book ahead and it was significantly cheaper than in the summer.

Anyway lovely trip. Driving was a pleasure...I guess we did about 1400 miles.

I should add that I'm thinking to go back end April/early May 2011 to concentrate on the North West, ie Snaefells and the NW fjords. For fellow Britons it's worth realizing that it's only a 6 hour flight and drive to these spectacular locations and not much more from North America
No comments: