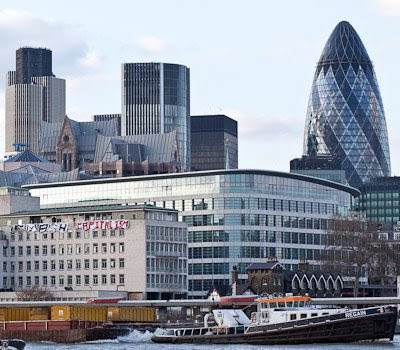 It's 1am in London and I can hear a police helicopter hovering around Tower Bridge to monitor any G20 malarkey. The protests so far are trivial, incentivised and amplified 100x by the media; a couple of broken windows in a bank and some City-workers mocking the protesters by waving banknotes from windows. If there were proportionate coverage, there'd be almost no aggro. There's symbiosis between the statists who want to use the Credit Crunch as a vehicle to get them to socialism and the pot-pourri of useful idiots who provide the media images. It's laughable close-up and sinister as part of the bigger project to subordinate liberty to corporatists.
The view from above: 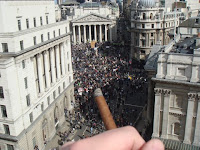