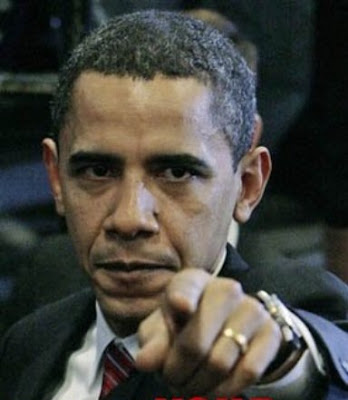 Spread that wealth around:

"Mr Brown was the first black man ever to stand for Mayor of Alligator and it took Mr Obama’s election to galvanise him into action....After 30 years, I didn’t think an African-American would be able to be mayor. I didn’t think the position was open to me. When he won, I decided that I knew the changes that needed to be made here and I thought that I could make those changes.
"If we don’t look after our youth, what do we have? The population is dying out and I want more people here. I want better living conditions.
I just want the people to be comfortable. Small towns like this depend on government funding and that’s what we’re seeking.
"I mingle with a lot of the young kids here in the community because if you deal with the people and their problems you understand more what’s going on if you’re out with them.”
The town’s facilities were substandard, he said, gesturing towards the humble town hall, where a “No Loitering” sign is nailed next to the door. “There isn’t even a phone or a fax machine in there. How can we communicate with the outside world and ask for things?"

European anti-Americanism in the Age of Obama

Writing as a Briton with American children who have both Jewish and 'aryan' German antecedents, I think that anti-Americanism is strongest in Germany (looking outside America, that is) and motivated by inferiority complex and unexpiated shame. The main attraction of Obama is that he is weakening America and apologizing for America's sheer rottenness, as he sees it. That brings America much closer to Germany. America's alleged war-crimes are totemic to Germans for the same reason. The mood music from Obama on the moral equivalence of Israel to the Palestinians is music to Teutons too.

Britons (I prefer that to 'Brits' which rhymes with 'shits') don't have a complex about this stuff. Once there may have been a slight inferiority complex, but we solved that when all we snaggle-toothed, snaggle-brained charmers took your most beautiful women. The BBC is a problem. It has it's own vast, childish, depraved agenda and over the decades that has infected the British middle-class.....but we have a robust press compared to America and even The Guardian is more heterogeneous than the New York Times. Moreover there's just too much mingling between the USA and the UK for false stereotypes to fool most of the people most of the time unless those caricatures pervade the US media as with Bush and Palin. The mother lode of anti-Americanism is to be found in America.

An example of the mingling is British accents on American ads when there's no British association. It's as tho British accents, even regional British accents, were just regional American accents. We're starting to speak the same sports language too as soccer sweeps America (I know, I know, it's hardly on tv, but in Houston, NYC and NJ where I've lived it's by far the most played sport). If the USA were playing England today, the USA would be favourite to win.

I also have high hopes for the reported friendship between our Queen and your First Lady. Despite Mrs Obama's affirmative action background, life changes people and the simple friendship of an older and younger mother can be a mighty force in this naughty world. Obama and Prince Philip next?

The French, I detect, are actually pro-American, but even more strongly pro-French and need to be assured of their own importance. Obama really should have dined with the Sarkozys at the top of the Eiffel Tower. There's never been a bigger bang for a diplomatic buck than that chance to butter up the President of France and Obama frivolously threw it away. Quel dommage!

We could take it country by country....Russia, India....but the rule is that most elites want a weaker America in order to raise their own self-esteem. Obama's really effective at that, so he's the man. As America switches from hyper-power to has-been and aborts and apologizes and borrows it's way out of history, so the anti-Americanism will become disdain and mockery. But Osama is right..men back the strong horse and Islam looks like that. My guess is that the Islamic power will not be Middle Eastern, but will be France or Germany or Russia. They won't be apologizing.
No comments:

Sarah Palin generates more emotion than any American politician. That's because it's hard to invent a character more threatening to modern liberals and their faux-conservative pets like Colin Powell. She's authentic, they're cosmetic; she's fertile, they're sterile; she's brave, they have bravado; she smiles, they sneer; she hunts, they snare; she has natural intelligence, they have a law degree; she believes in God, they believe in Obama. Look at her experience - from nothing to mayor to governor to vp nominee; mother of a soldier, mother of an unwed mother, mother of a Down's baby, grandmother, beauty queen, hoopster, hunter, journalist, wife, businesswoman, icon. She overshadows Obama even when he's meeting Putin - ok I'll sling in the obvious on auto-pilot: suppose Palin had said "President Putin".

The woman is a rebuke to everything that modern liberals cherish and they know it and loath it as they loath the truth about themselves. Their religion is growth through gratification and approval; she embodies duty, service and parental love; she's a follower of Christ, damn it. She believes that stuff. She has a servant's heart.

The most telling meme against her isn't that she's a quitter. Her whole life refutes that. It's her supposed inadequacy in the politics of the wider world. Well her understanding of economics is as complete as it needs to be:

"President Obama is growing government outrageously, and it's immoral and it's uneconomic, his plan that he tries to sell America. His plan to "put America on the right track" economically, incurring the debt that our nation is incurring, trillions of dollars that we're passing on to our kids, expecting them to pay off for us, is immoral and doesn't even make economic sense."

The rest is detail. Apart from getting elected Obama has shown himself mega-wrong about strategy, tactics and morality in everything he's touched - a clown as vp, a tax evader running tax, a racialist to the Supreme Court, even-handedness between murderers and democrats in Iran, meddling in Honduras, palling around with Chavez, equivocating between Israel and the demonic gangsters who ruin the Palestinians, showing weakness to Russia, undermining allies...it's endless. Obama is the worst President, but may be necessary to provoke America to throw off its sickness. Meanwhile Europe and Britain are turning right.
No comments: