I'm scheduled to fly to Iceland a week from now, but all UK flights and many others are halted by the ash blown across from a second, much bigger eruption: 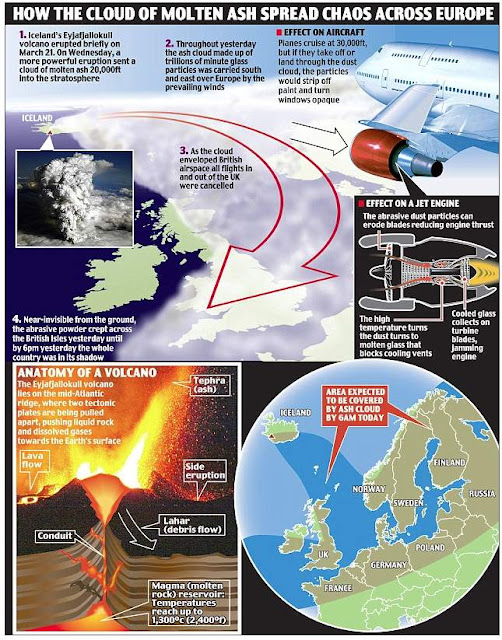 Vulcanologists are concerned about further, giganticker eruptions as the subterranean magma rivers gurgle around from volcano to volcano. I certainly don't want Iceland to blow up entirely before I've been and gone. After all I rather approve of the Icelanders telling the UK and Netherlands "can't pay, won't pay" in relation to their busted banks; they should just pay what they promised on the sticker to guarantee, as they've agreed, not induce further moral hazard by bailing out the improvident.

Here's a shot from my trip 3 years ago of the mountain that's presently erupting: 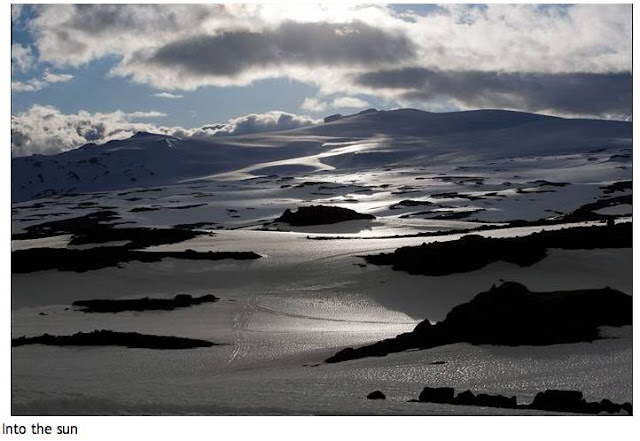 This is the mid-Atlantic rift shown near the site of the world's oldest parliament: 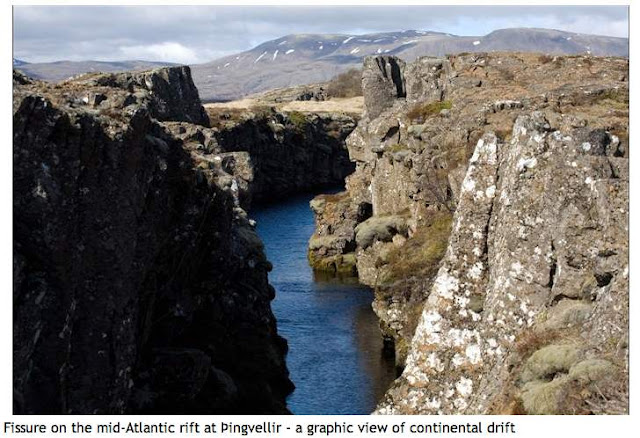 You'd expect such weird geology to make an island rather numinous. Here's the sort of thing the Icelandic numina get up to: 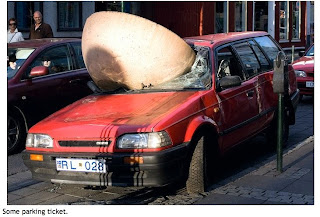 Now I'm on a roll, so I'll re-post a poem from my last visit:


Rhubarb's a stem and not a fruit,
Prunes and muesli make you toot,
But snorchestras will drown out wind.
Allegedly (I'm not convinced)
Box jellyfish aren't jellyfish and
Greenland is further east than Iceland.
A Minister of Elvish Matters
Defines the routes of roads and detours.
Dottirs and ssons of Irish slaves
Kill foxes, whales, whatever moves,
And there's a certain charm in grimness,
Tax evasion, drunken primness,
Strapping horses, strapping women.
Real men who smell of fish and semen.
Volcanic science,
Car-mangling giants,
Fire and ice,
I think it's nice.

Romneycare and Obamacare are the same thing and that thing is socialism. "The individual mandate", ie compulsory health insurance, is an unconstitutional outrage.

Now when you're a conservative governor of a lib-leaning state it's pretty tough to stay ideologically pure, but that's not the standard here. There are some lines that shouldn't be crossed.

Romneycare does have mitigation. There's a profound difference between a state law and a federal law and Romneycare is a somewhat coherent, bi-partisan expression of the will of the voters of Massachusetts rather than the stinking crap sandwich with which Obama is choking an unwilling America, but there's no getting round the point that Romney implemented a technocratic solution to a problem that is primarily and rightly ideological. Moreover judged by technocratic criteria of medical provision and economy, Romneycare run by Deval Patrick and the Democrats is an utter flop:

The system is riddled with waste, and quality of care is uneven. Government health care programs like Medicare and Medicaid threaten future generations with an enormous burden of debt and taxes. Given these pressures, the temptation for a quick fix is understandable.

But, as Massachusetts has shown us, mandating insurance, restricting individual choice, expanding subsidies, and increasing government control isn’t going to solve those problems. A mandate imposes a substantial cost in terms of individual choice but is almost certainly unenforceable and will not achieve its goal of universal coverage. Subsidies may increase coverage, but will almost always cost more than projected and will impose substantial costs on taxpayers. Increased regulations will drive up costs and limit consumer choice.

The answer to controlling health care costs and increasing access to care lies with giving consumers more control over their health care spending while increasing competition in the health care marketplace - not in mandates, subsidies, and regulation. That is the lesson we should be drawing from the failure of RomneyCare.

Adamscare by the way is: No government involvement in healthcare other than as a safety net for children and those who put themselves at risk for the public good. The most obvious outcome will be healthier, happier, richer citizens, but the most satisfying outcome will be that liberals will no longer get to feel good about themselves by giving away my money.

So where does this leave Romney? Is he viable? Yes he is. He's a strong executive when America is sick from communityorganizerocracy, the swing voter doesn't care so much about ideology and every candidate has major difficulties in their record. Those fade if the candidate looks electorally attractive at the national level.
No comments: