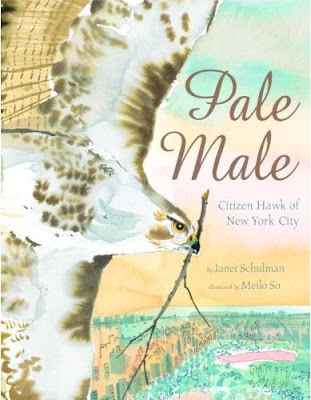 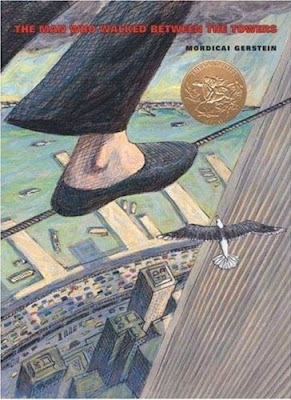 A couple of days ago a Frenchman scaled the New York Times building with a banner reading “Global warming kills more people than 9/11 every week”. The climb was technically trivial and the banner was appropriately lame for the venue. 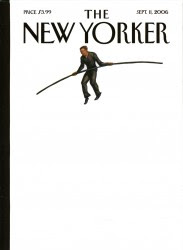 Contrast the tale of Philippe Petit who walked and danced across the high wire which he'd rigged between the Twin Towers in 1974. His motive was as light as Mallory's 'because it's there' about Everest - 'When I see three oranges, I juggle; when I see two towers, I walk.' The image of the young man in the sky is a charm against the image of 9/11.

Another sky-dancer is Pale Male, the Red Tailed Hawk which nests at 927 Fifth Avenue overlooking Central Park and has fathered 26 offspring by 4 mates despite attempted eviction.

I commend the lovely books on these 2 heroes, both of whom still thrive:The Man Who Walked Between the Towers and Pale Male: Citizen Hawk of New York City.
No comments: