The view from my window 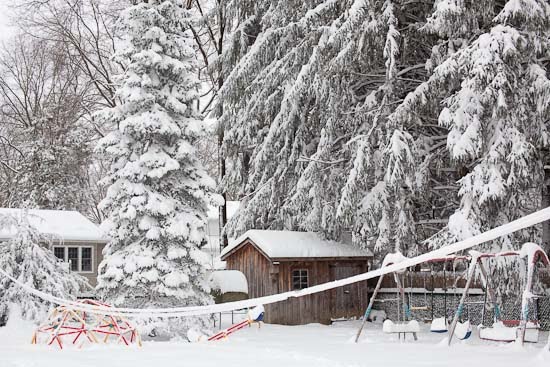 The forecast is continuous snow until Al Gore cries "uncle". Oh dear, I'm booked to fly from Newark to London tomorrow.
No comments: 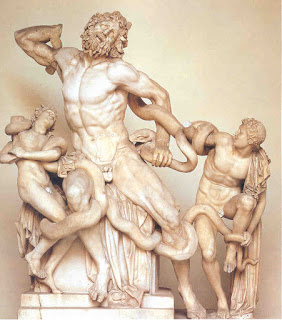 The past year points to a bright future for America. The country has been sick for decades, maybe since Calvin Coolidge. Its sickness is the enormous government tapeworm digesting enterprise into the whole crap sandwich of debt, tax codes, bought votes of public employees and welfare dependents, affirmative action and and and. Kill that tapeworm then America will thrive. But the worm is deeply entwined and it takes maximum pissed-offness for the productive voters to get angry enough to yank it out.

If Obama had been a cleverer politician like Tony Blair, say, then liberalism would persist maybe to the point of killing its host. In Britain the 'Conservative', David Cameron, will probably be PM by May. He sees himself as the heir to Blair. He personifies the triumph of liberalism. He is a soi-disant conservative who buys into the liberal theology of EU membership, Warmism, imposed 'diversity', nationalised health and most of the other bollocks. Cameron probably doesn't believe that stuff any more than he believed the conservatism he used to espouse. He just thinks he's more likely to get elected by the BBC/Guardian brainwashed swing voter. Meanwhile many ideological conservatives are likely to vote for the UK Independence Party (UKIP), both from principle and in dreams of a hung Parliament where call-me-Dave is dragged to a populist anti-EU stance.

Anyhoot Obama's move to control the last remaining facets of free enterprise has provoked America's immune system to produce antibodies sufficient to fight the underlying sickness. And it only took 12 months. That says America's immune system is in good shape and that says America has the best political culture providing it's sufficiently provoked and providing there exists the internet. Indeed the internet may be as big factor in America's recovery as Obama's provocations. I've been saying for a while "Better Obamanism then renaissance than McCainism then decline."

What this rant is rambling up to is that America will boom in the near future. The strongest indicator of health is how a body deals with sickness and these 12 months show that America is the healthiest kid on the block. Try hosting a Tea Party in China. So roll up, roll up, fill your boots with the Dow Jones Index at 10,000!
No comments:

I've written in favour of George Bush for his personal quality and his political bravery. The hobgoblins of the left invented a demon called Bush for a scapegoat, so its a public service to defend him,

I must link to Michelle Malkin's "Things I don't miss about George W. Bush" for a cold shower. The phrase "pre-socialized the economy for Obama" will linger.
No comments: