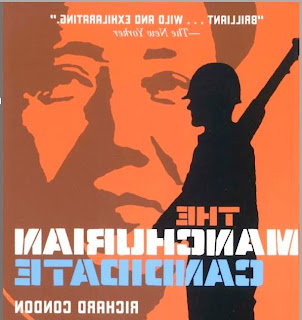 You are what you do, not what you think of yourself while you are doing it. 'His motives were good' may excuse a child who lights a match from curiosity. The fault that the house burnt down belongs to the adult who allowed the unqualified child access to matches. So, yes, if you never grow up, how you feel about yourself trumps all outcomes other than dying in the fire.

Obama is giving us the War on Business. Imagine that some hypothetical enemy state spent years preparing a “Manchurian Candidate” to destroy the U.S. economy once elected. What policies might that leader pursue?

The column continues by fleshing out how a sophisticated enemy might wreck America:

He might discourage private capital from entering the financial sector by instructing his Treasury secretary to repeatedly promise a brilliant rescue plan, but never actually have one. Private firms, spooked by the thought of what government might do, would shy away from transactions altogether. If the secretary were smooth and played rope-a-dope long enough, the whole financial sector would be gone before voters could demand action.
...
you need to initiate entitlement programs that are difficult to change once enacted. These programs should transfer assets away from productive areas of the economy as efficiently as possible. Ideally, the government will have no choice but to increase taxes sharply in the future to pay for new entitlements.

A leader who pulled off all that might be able to finish off the country.
...
No More Deferral

On the tax hike, Obama’s proposed 2010 budget quite ominously signaled that he intends to end or significantly amend the U.S. practice of allowing U.S. multinationals to defer U.S. taxes on income that they earn abroad.

Currently, the U.S. has the second-highest corporate tax on Earth. U.S. firms can compete in Europe by opening a subsidiary in a low-tax country and locating the profits there. Since the high U.S. tax applies only when the money is mailed home, and firms can let the money sit abroad for as long as they want, the big disadvantage of the high rate is muted significantly.

End that deferral opportunity and U.S. firms will no longer be able to compete, given their huge tax disadvantage. With foreign tax rates so low now, it is even possible that the end of deferral could lead to the extinction of the U.S. corporation.

If any firms are to remain, they will be festooned with massive carbon-permit expenses because of Obama’s new cap-and- trade program.

But it's ok, his motives are good:

It’s clear that President Obama wants the best for our country. That makes it all the more puzzling that he would legislate like a Manchurian Candidate.

Actually it's not clear that Obaman motives are good. 'Feel good', yes; 'save the world at others' expense', certainly; 'look cool', tick; 'bring in a Brave New World', uh huh. But in the Obaman mind these are good motives, a magic mix of pseudo-science, group-identification, superstition and Robin Hood. The road to hell is paved with good intentions, but the signs on the road are 'hope' and 'change' and 'look at me.'
No comments:

Do you consider yourself as speaking for the conservative movement, or just someone who has attracted many conservative fans? Something else?

I THINK I SPEAK FOR ALL AMERICANS WHO THINK NEWSPAPER EDITORS WHO PRINT THE DETAILS OF TOP-SECRET ANTI-TERRORIST INTELLIGENCE GATHERING PROGRAMS ON PAGE ONE IN WARTIME SHOULD BE EXECUTED FOR TREASON.