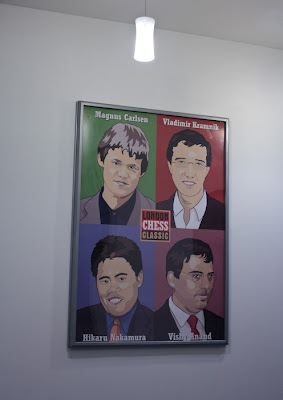 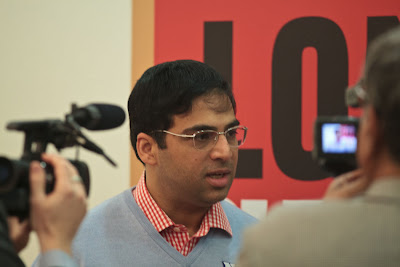 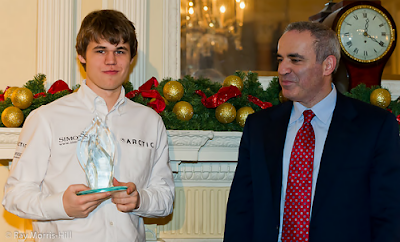 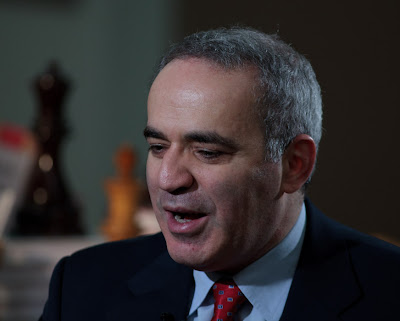 But best of all Kasparov signed his book on Fischer for me with a dedication to 2 of
my children who play chess. Now I know true happiness: 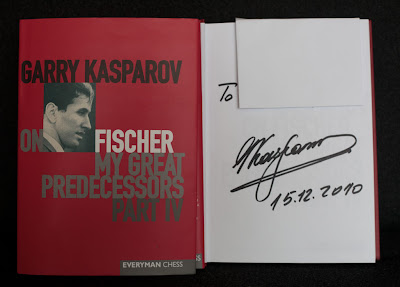 This interview has Kasparov talking about a stint of training Carlsen. It is of extreme interest to cognoscenti as their styles differ dramatically and Carlsen markedly improved thereafter.

Interview with Kasparov and Carlsen + a sting in the tail: